On September 14th and 15th 2021, the Center for Learning and Childhood Development and its partners assembled stakeholders with a strategic goal of charting a roadmap for integrating children in all national and local-level policies.

The two-day conference combined short presentations by experts, with structured breakout sessions aimed to provoke, persuade and prepare stakeholders to integrate children in all policies and SDG plans by 2030.

The highlight of the conference was that whatever we do for children would achieve the inverse of its goal, if children’s inputs were not considered.

The conference was structured to evoke thought-provoking discussions, which allowed participants to express their opinions in a healthy environment. Small breakout sessions were hosted on Day 1 where participants discussed pre-prepared questions. The Kegan and Lahey’s (2009) immunity to change framework was used to guide the discussion process on Day 2 of the conference. This framework, called an x-ray, allows organizations to explicitly state their commitment to a cause (such as placing children at the center of their work). The organization then examines all the things they do (or fail to do) that go against the commitment, the assumptions behind those actions, and evidence in support or against the assumptions. By doing this exercise, the participants were able to identify and discuss the critical challenges, assumptions, and actions that may impede the creation and implementation of child-specific plans across their ministries.

The children who attended the conference also participated in the immunity to change exercise, expressing their positions on Ghana’s commitment to including children’s views in local and national-level decision-making.
According to the children, their inability to vote is a major reason why their views and opinions are not considered in decision-making. There is no political gain for leaders when they invest in children hence their reluctance to prioritize them.

One hundred and Eighty (180) people registered for the conference of which about 140 attended – including 28 children between the ages of 5-16 years.

At the end of the conference, participants were able to identify gaps and opportunities in sector-specific plans for children and create guidelines and bold initiatives to include children in all policies and SDG plans by 2030.

Visit www.clcdghana.org/cap-2030 for more pictures and other information about the conference.

Subscribe to our global newsletter to learn more about our work

This website uses cookies to improve your experience while you navigate through the website. Out of these, the cookies that are categorized as necessary are stored on your browser as they are essential for the working of basic functionalities of the website. We also use third-party cookies that help us analyze and understand how you use this website. These cookies will be stored in your browser only with your consent. You also have the option to opt-out of these cookies. But opting out of some of these cookies may affect your browsing experience.
Necessary Always Enabled
Necessary cookies are absolutely essential for the website to function properly. These cookies ensure basic functionalities and security features of the website, anonymously.
Functional
Functional cookies help to perform certain functionalities like sharing the content of the website on social media platforms, collect feedbacks, and other third-party features.
Performance
Performance cookies are used to understand and analyze the key performance indexes of the website which helps in delivering a better user experience for the visitors.
Analytics
Analytical cookies are used to understand how visitors interact with the website. These cookies help provide information on metrics the number of visitors, bounce rate, traffic source, etc.
Advertisement
Advertisement cookies are used to provide visitors with relevant ads and marketing campaigns. These cookies track visitors across websites and collect information to provide customized ads.
Others
Other uncategorized cookies are those that are being analyzed and have not been classified into a category as yet.
SAVE & ACCEPT 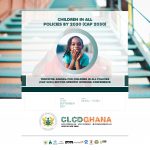 Passionate about People and Planet? Become a Youth Fellow!Events